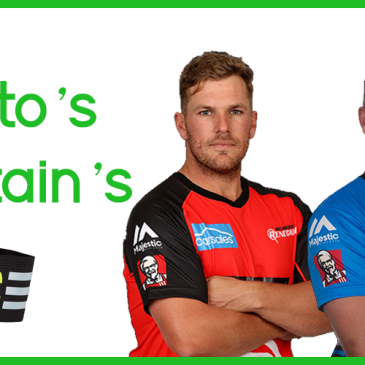 Semi-Finals are upon us in BBL Fantasy which means the ranks will be even tougher to climb due to similarities between coaches teams. We also get unlimited trades so you can be free of any underperforming players and choose from any players of the four semi-final teams. But because of the similar teams as mentioned … END_OF_DOCUMENT_TOKEN_TO_BE_REPLACED 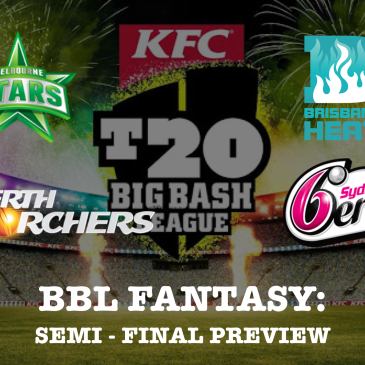 After eight rounds of breathtaking cricket we have finally reached the penultimate stage of the competition: the BBL|06 semi-finals. And we were kept guessing until the very last match which saw the Sixers pulled off a remarkable comeback to book a place in the semi finals at the expense of the ever unlucky Melbourne Renegades. The … END_OF_DOCUMENT_TOKEN_TO_BE_REPLACED

After a short one day break for the BBL because of the ODI Series it returns with a big day of BBL Cricket featuring a derby between the Sydney Sixers and Sydney Thunder followed by a blockbuster match between rivals the Perth Scorchers and Melbourne Stars. But to backtrack a bit what a round we … END_OF_DOCUMENT_TOKEN_TO_BE_REPLACED